Any material that should not be found on an airport taxiway, ramp, runway or airfield is classified as Foreign Object Debris (FOD) and must be removed to increase safety and reduce aircraft damage. Metallic and non-metallic FOD such as stones, gravel, nails, luggage hardware, sand, nuts and bolts, pavement fragments, pose a significant safety hazard if ignored or left undetected. FOD can be ingested into jet engines via vortex suction, puncture aircraft tires, damage propellers, and can cause deadly aircraft accidents.

It has been reported that FOD incidents cause billions of dollars in damages each year. For these reasons, Airports, Military Air Force Bases, and Airlines devote a considerable amount of time and energy to the task of removing the threat of FOD from tarmac areas where aircraft are active. 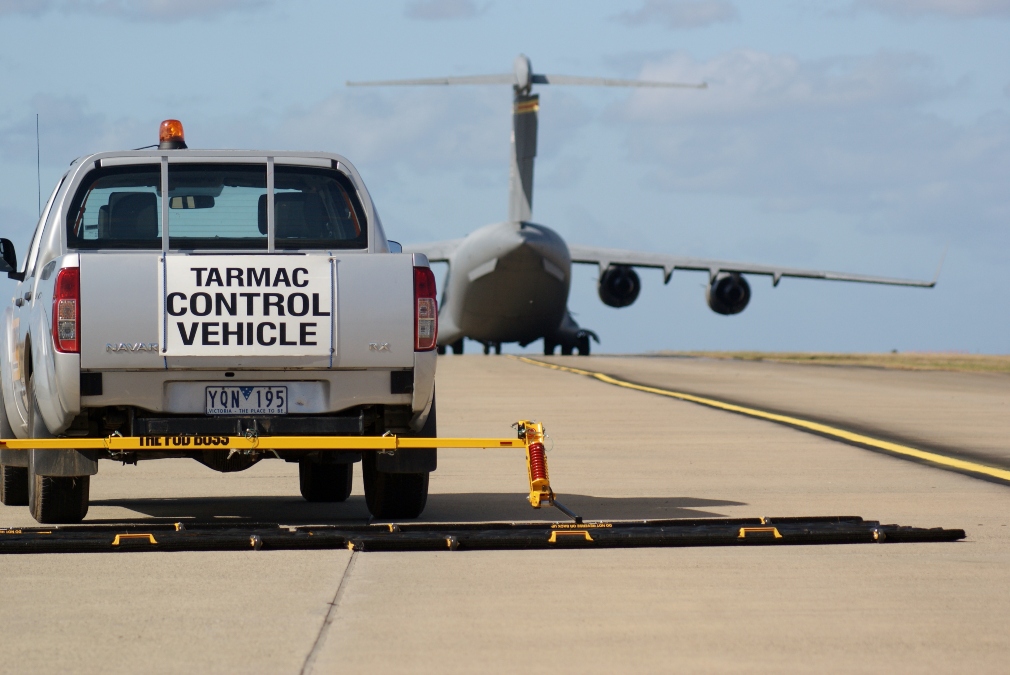 The FOD*BOSS Airport sweeper increases airfield safety by effectively sweeping and retaining FOD from all AOAs. Foreign object debris, or FOD, causes billions of dollars in damage every year. Objects as small as dirt and fine sand grains through to chunks of pavement, metal washers, screws, luggage zipper parts, and handles can damage aircraft and jet engines, as well as cause injury to aircrew, and airbase personnel. FOD management at airbases is a big deal, but it can be costly and time-consuming.
What you need is equipment that maximizes FOD prevention, minimizes airfield disruption, can be rapidly deployed, and yet has a low operating cost. The FOD*BOSS puts you and your team back in control of FOD management. 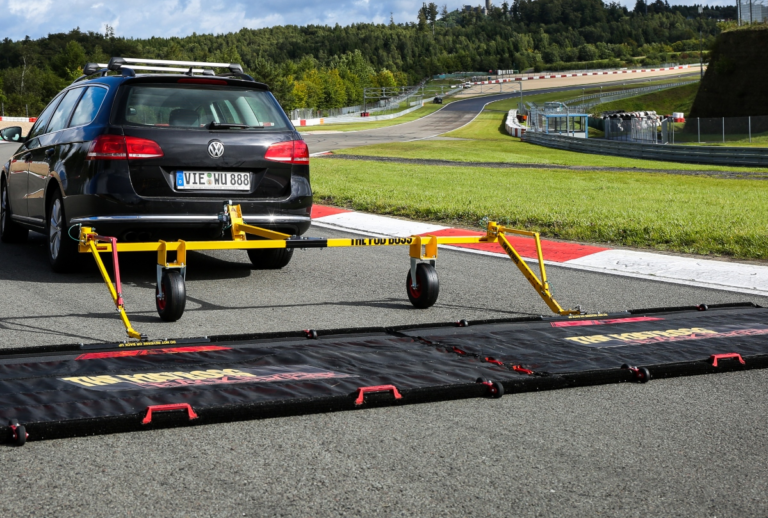 What customers are saying about the FOD * BOSS

“The FOD* BOSS demonstrations went very well on Friday. A total of three were held. All individuals who observed this product agreed that it would play a key role in keeping the facilities clean and FOD free…..Very impressive!”

“The FOD* BOSS Sweeper has provided airports an affordable FOD control tool. Aviation Safety Foundation Australia considers this effective and cost effective FOD control initiative by Aerosweep has reduced foreign object damage on a major scale, and is a worthy recipient of a certificate of Air Safety.”

“The FOD* BOSS was in constant use on tarmac areas used by military and War bird Jet Aircraft for engine starts, launching and recovery. All jet operators commented favourably on the high standard of FOD control that was achieved with the FOD* BOSS.”

“The International Airport Zurich have been using the FOD* BOSS for more than 3 years. Its operation is an important part of our FOD control concept and is regularly and successfully put into operation jointly with our suction type airport sweepers on the apron and parking area.”

“We are thrilled that The FOD* BOSS has lived up to its reputation …..”

Kemro Oy is a Finnish  company which offers:

We operate through our distributors and directly in the following countries:

Sales, Service and consulting is in the business focus of our team.